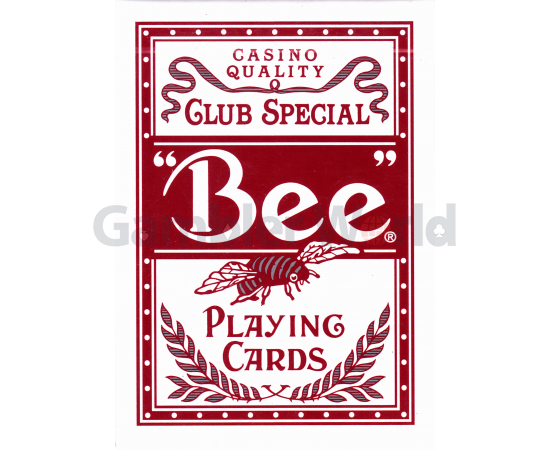 With the help of Theory11.com, the deck of Bee Stingers saw its light in a new guise. Previously, this deck was only released for US casinos, and on the shirt was an image of the logo of this casino. The Theory11.com team saw the potential in this deck of playing cards, and in the end, we got the Bee® Stingers as we see them now. On the front side of the cards, the red color became darker, and the blue and yellow tint of the kings of queens and jacks was replaced by gray and black, which completely differentiates them from the classic Bee Club Special or Bicycle Rider back. The manufacturing technique is called Aristocrat, with the help of this technology, cards can not be compared with any others, they have absolutely unique properties and give unforgettable sensations when using them. The deck is great for both card mechanics and card manipulation, hurry to purchase it and replenish your collection!