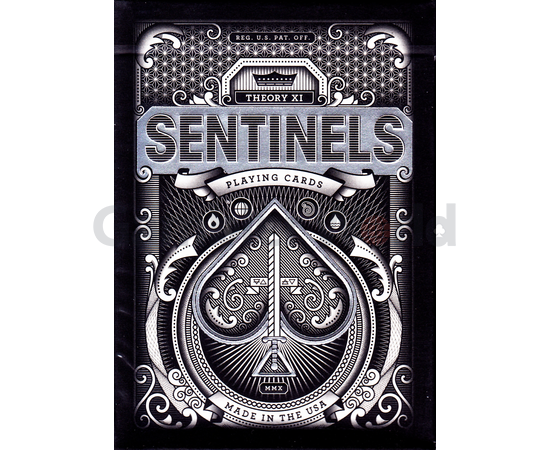 The history of the creation of these maps tells us that the idea of ??their creation was born at an altitude of 30,000 feet above the earth on the way to New York.
It was in flight that the first sketch of these playing cards was created by the director of the theory11 Jonathan Baym. In less than 24 hours, the concept was sent to Hatch by the leading design bureau of San Francisco, which works with monsters such as Coca-Cola, Pepsi and Starbucks.

In the following months, the company improved the concept with illustrations prepared specifically for the deck after hundreds of pages of research on the history of magic, secret societies and mythology.

The box is printed on imported paper 40% thicker than in normal cases, and has metallic accents on six sides. The images are embossed in 20 places and covered with matte lacquer to enhance durability.

This is a completely original deck, it is 100% original. A box, face, shirt, jokers, ace of spades, all to a single card have an original and new design.

The plastic coating was completed with a new 909 coating (909 Premium Finish), which until the day of release of these playing cards was kept in the strictest secrecy.

Maps are perfect for both games, fortune-telling and for tricks, and manipulations. And now they are available in Kazakhstan.