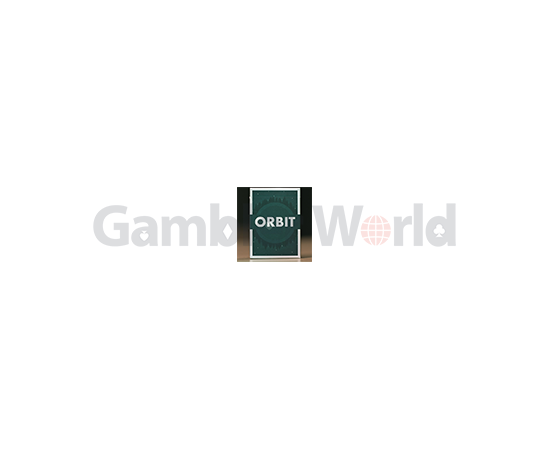 The 6th installment of the Orbit Deck is finally here. This deck is a result of a team effort by the entire Orbit Crew, and it's our most ambitious design to date. We took the best parts of the V4/V5 and combined them to make the V6. Our shared love of space, aliens, and trees made this design a beautiful harmony of things we love. The new Orbits will have the same crushed premium stock, same matte box, and same traditional cut as the V5s. Here's what we have updated:

We feel that the traditionally cut, crushed premium stock, made on the web press, creates the best feeling deck, ever. There are only around five decks out there that have this exact recipe -- two of them are Orbits. If you've felt the V4s and V5s, then you probably know what we're talking about. Since we have the feel finely tuned, we are spending a lot more of our time on design now.

The entire Orbit Crew sat down and spoke about design theory along with what makes playing cards look good up close and from afar. We made more renditions of this edition than all previous back designs combined. We believe we have a formula for what makes a deck aesthetically pleasing. After months of brainstorming, we came to this final design. We couldn't be happier and it's our favorite deck to date. One of our rules is, we don't create a new Orbit Deck unless it's going to be our new favorite. If you're counting V1-V5, we have sold out of approximately 60 thousand Orbit Decks in total since the release of the V1s back in 2015. They are found in every country across the planet and the demand is only getting higher.