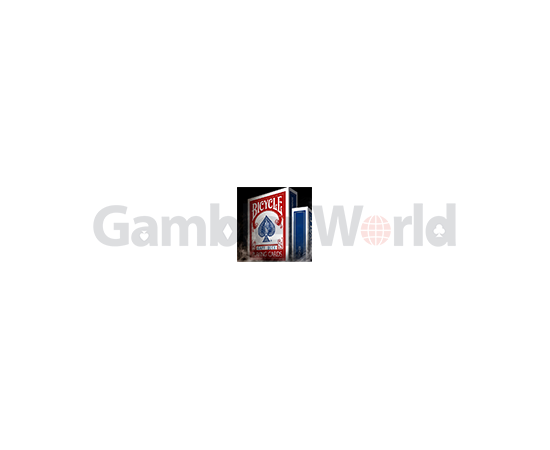 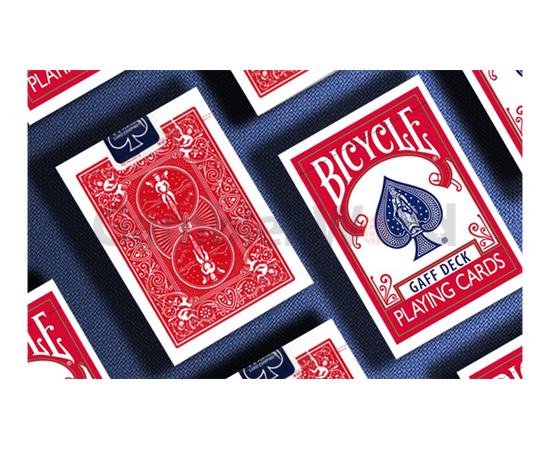 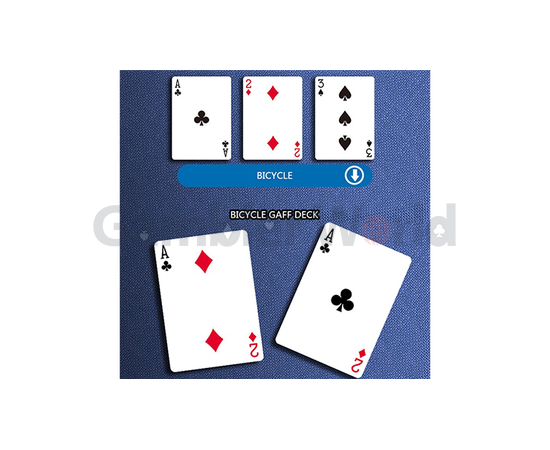 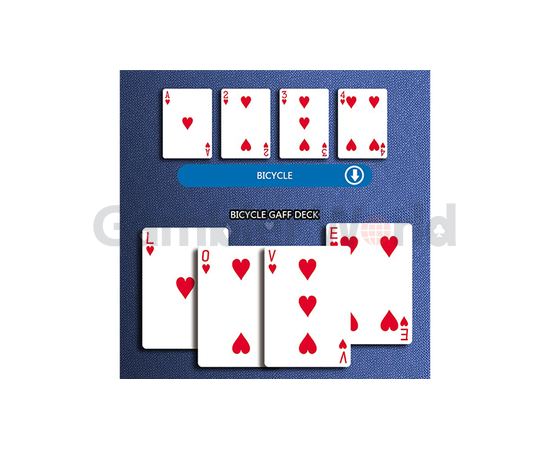 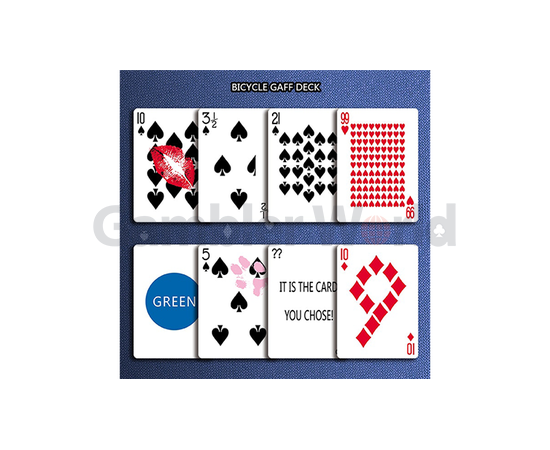 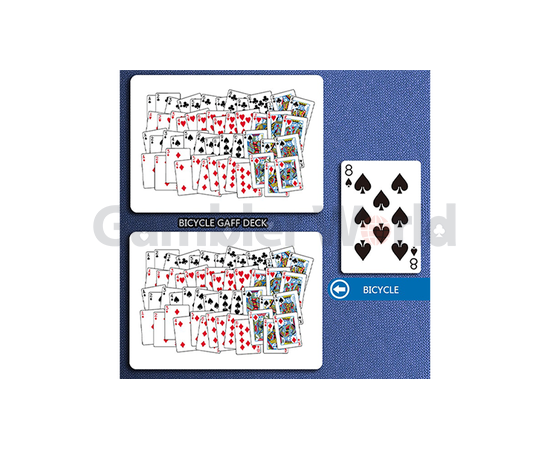 Card magic can appear to be a separate category because its props are simple and common, but there are a large variety of effects you can perform with cards. However, too many props will inevitably make people feel confused. It would be perfect if there were a deck of cards that contained a lot of card magic effects!

Well, here it is! Today we bring you such a collection in this Bicycle deck!

With it, you can easily make the following happen:

Simplify
Take out a deck of cards or a few cards, and with only one wave, the deck or a few cards instantly turn into one card, clean and neat.

Combination
The magician places a King of Diamonds on the opposite side of the top of the 8 of Clubs, and slightly kneads them. The suits of the two cards become combined into one!

Prophecy of 7
The magician gently kneads a diamond on the 3 of Diamonds, and the number 7 appears on the Diamond. When the magician flips the card over on the table, the card has become the 7 of Diamonds!

Heart and Soul
The magician gently shakes the 2 of Hearts, and the two scattered hearts are instantly cuddled together. A great trick to show your beloved.

Color Illusion
The magician takes out the 7 of Spades and blows smoke on it. The front of the card instantly becomes smoky, and even the colors become blurred.

Rotation
The Queen of Spades is spinning in the magician's hand, turning and turning until it suddenly changes. The face of card begins to slowly twist. Are we dizzy, or is the Queen dizzy?

Club Movement
This King of Clubs looks very ordinary. The magician holds the club on the corner and gently drags it. The Club is moved to the middle of the card!

Accumulation
The magician takes out a normal 9 of Spades, places it on the table and taps on it lightly. The spades on the card actually fall and pile up together!

Declaration of Love
The magician takes out four cards -- the Ace of Hearts, the 2 of Hearts, the 3 of Hearts and the 4 of Hearts. They are placed on the deck, and magician snaps his fingers before flipping the cards over. The numbers on the four cards turn into letters L, O, V, E, with a little red romantic heart. Is it full of love?

Straight Flush
The magician holds four different cards in the hand. After showing them to the audience, they are put together and gently swayed. After the cards are spread on the table, the four cards become a set of straight flushes from the 10 of Spades to the King of Spades!

Between Black and Red
Color conversion is a very common, classic trick in card magic. The magician turns the 10 of Spades into the 10 of Hearts on the top of deck. That is simple entry-level magic, but the magician waves another hand. The color of the flower has turned into a gradient of black and red. THIS makes it very novel indeed!

Prohibit Different
The 5 of Clubs wants to become the same as the 4 of Clubs. But what about the one extra Club? Just cross it out! The banned symbol of Clubs can bring a witty plot to your magic and enhance the interaction with the audience.

Queen Reading Mind
The degree of mobile phones in our lives is getting bigger and bigger, and so is magic using them. Take out the phone and scan the Queen of Spades. You can predict the card next to it: 7 of Hearts!

Lost 8 of Spades
A miniature card is completely filled with images of a full deck of cards. The magician shakes gently. The card is suddenly missing an 8 of Spades. Did it fall out? Flip over the card that is placed on the table -- it is the 8 of Spades!

Which Card Did You Choose?
Many magicians are suffering from the fact that the card magic has no obvious plot, and this Question Mark card can solve this problem! Which card did the magician change in the hand? A Question Mark card becomes the card selected by the audience. The card turned over on the table proves to be the same one in the hand!

Directly Hit the Soul
The most common ESP cards in mental magic take you into the heart of the audience and hits their soul directly!

Corner Mark Disappears
Do you think the corner mark is too eye-catching? Let it disappear! During the magician's wave, the corner of the Queen of Spades disappears!

In addition to the above-mentioned effects that we have come up with for you, this collection of gaffed cards comes with a lot of fun effects: Different orientations, geometric shapes with different shapes, with paw prints or lip prints, color changes, etc. These designs not only produce interesting magic to your effects, but also add some chic highlights to your magical routines!