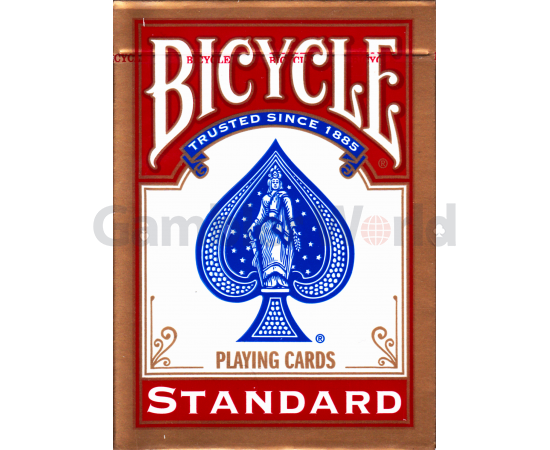 These are the most popular maps in America. They have become the calling card of the United States Playing Card Company almost from the first day of its birth. And now, for 125 years, they are confidently holding the position of the leader of sales. Due to its low price and easily recognizable design, Bicycle Rider Back (or The Standard) have received worldwide recognition not only from players, but also from famous jugglers and manipulators.

In 2009, the appearance of the box of Bicycle Rider Back cards was redesigned, and now it is available in two versions:

The full official name of these cards is "Bicycle Standard Index Rider Back". The difference in the quality of playing cards in a box with a white edging and gold is absolutely none, since the cards are still printed in the same factory.